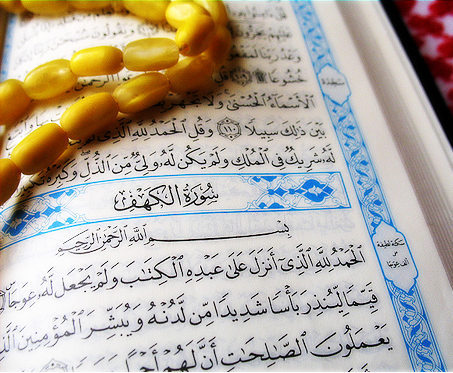 Praise be to Allaah.

There are saheeh ahaadeeth from the Prophet (peace and blessings of Allaah be upon him) concerning the virtues of reciting Soorat al-Kahf during the day or night of Jumu’ah (Friday). These include: (a) From Abu Sa’eed al-Khudri, who said: “Whoever reads Soorat al-Kahf on the night of Jumu’ah, will have a light that will stretch between him and the Ancient House (the Ka’bah).” (Narrated by al-Daarimi, 3407. This hadeeth was classed as saheeh by Shaykh al-Albaani in Saheeh al-Jaami, 6471)

Ibn Hajar said in Takhreej al-Adhkaar that this is a hasan hadeeth, and he said, this is the strongest report that has been narrated concerning reading Soorat al-Kahf. See: Fayd al-Qadeer, 6/198. It was classed as saheeh by Shaykh al-Albaani in Saheeh al-Jaami’, 6470)

(c) It was narrated that Ibn ‘Umar (may Allaah be pleased with him) said: “The Messenger of Allaah (peace and blessings of Allaah be upon him) said: ‘Whoever reads Soorat al-Kahf on the day of Jumu’ah, a light will shine for him from beneath his feet to the clouds of the sky, which will shine for him on the Day of Resurrection, and he will be forgiven (his sins) between the two Fridays.’” Al-Mundhiri said, this was narrated by Abu Bakr ibn Mardawayh in his Tafseer, with an isnaad with which there was nothing wrong. (al-Targheeb wa’l-Tarheeb, 1/298)